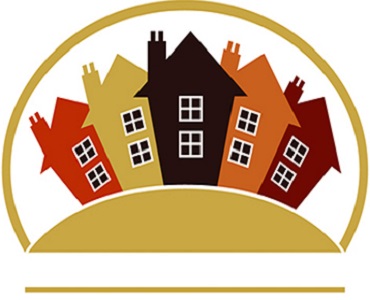 Tulalip Housing Department is a division of the Tulalip Tribes government, providing affordable housing to more than 1,000 Tribal members and their families. Over 100 housing residents are elders or disabled and more than 350 are children.

In December 1976, the Tulalip Board of Directors adopted Ordinance #33 that created the Tulalip Tribes Housing Authority. The Housing Authority was a separate entity from the Tribes and operated under the direction of a Board of Commissioners and an Executive Director. Between 1982 and 1996, the Housing Authority received sixteen grants through HUD’s Traditional Indian Housing Development Program that resulted in the construction of 135 rental homes and 133 mutual help home-ownership homes.

In October 1996, Congress enacted the Native American Housing Assistance and Self-Determination Act, which created the Indian Housing Block Grant program. Since that time, the Tulalip Tribes has been awarded an annual grant of approximately $2 million upon the approval of an annual Indian Housing Plan. The annual grant amount was recently increased to approximately $3.4 million following HUD’s approval of Tulalip’s request to expand the area on which the grant amount is based.

In order to give the Board of Directors direct oversight of the housing programs in 2004, it was decided to dissolve the Housing Authority and create the Tulalip Tribes Housing Department, an arrangement that was formalized through the adoption of Ordinance #128. Under this structure, the Board of Commissioners has been eliminated and the Housing Manager reports directly to the General Manager.

Since 2004 the Housing Department has been a department of the Tulalip Tribes Government and under the direction of the GM and the Board of Directors. Ordinance #128 was repealed and replaced with Code Chapter 6.05 in 2005.

Regulations are published at 24 CFR Part 1000. Each year, Tulalip Tribes Housing Department submits to HUD an Indian Housing Plan (IHP) to receive funding. At the end of each year, the department is required to submit to HUD an Annual Performance Report (APR) reporting on their progress in meeting the goals and objectives included in their IHPs.

In 2011, the Tulalip Tribes Housing Department built 7 duplexes in Elders Village to provide housing opportunities for 14 elders, with room in each home for a caregiver, if needed. In addition to these homes, 3 duplexes are designated for Elder/Disabled Housing. The Housing Department also bought 2 homes on 79th that are being occupied temporarily by the Elder’s Program, providing temporary housing for elders who are having their homes remodeled under the Elders Home Remodel Program.

The Housing Department has 3 duplexes that are designated Elder/Disabled Housing.

The Tulalip Housing Department is dedicated to providing housing options for Tribal membership who are over-income for other housing programs. Work Force Housing has 24 rental units ranging from two to four bedrooms that are designated for working Tribal members whose incomes exceed the range of our other programs. The rents for these homes are about 20% below market rate rents of what a family would pay in surrounding communities.

In 2012 the Board of Directors approved a homeownership program in the Tulalip Bay area. Originally, the homes were to be developed in a new development called Maplewood. Due to significant infrastructure costs and wetland mitigation that would be extensive, the Board moved the funding to the Tulalip Bay home program. This program provides homeownership opportunities under the HUD 184 home loan program. The Housing Department has constructed and sold 14 homes to date, and has another 14 home development pending. With over 300 lease lots expiring by 2037, there is a lot of development that can take place over the next 15 years in that area.

The mission of Tulalip Tribes Housing Department is to enhance the Tulalip community by creating and sustaining quality, safe and affordable living environments across the continuum of needs, that foster stability and increase self-sufficiency for Tribal Membership.